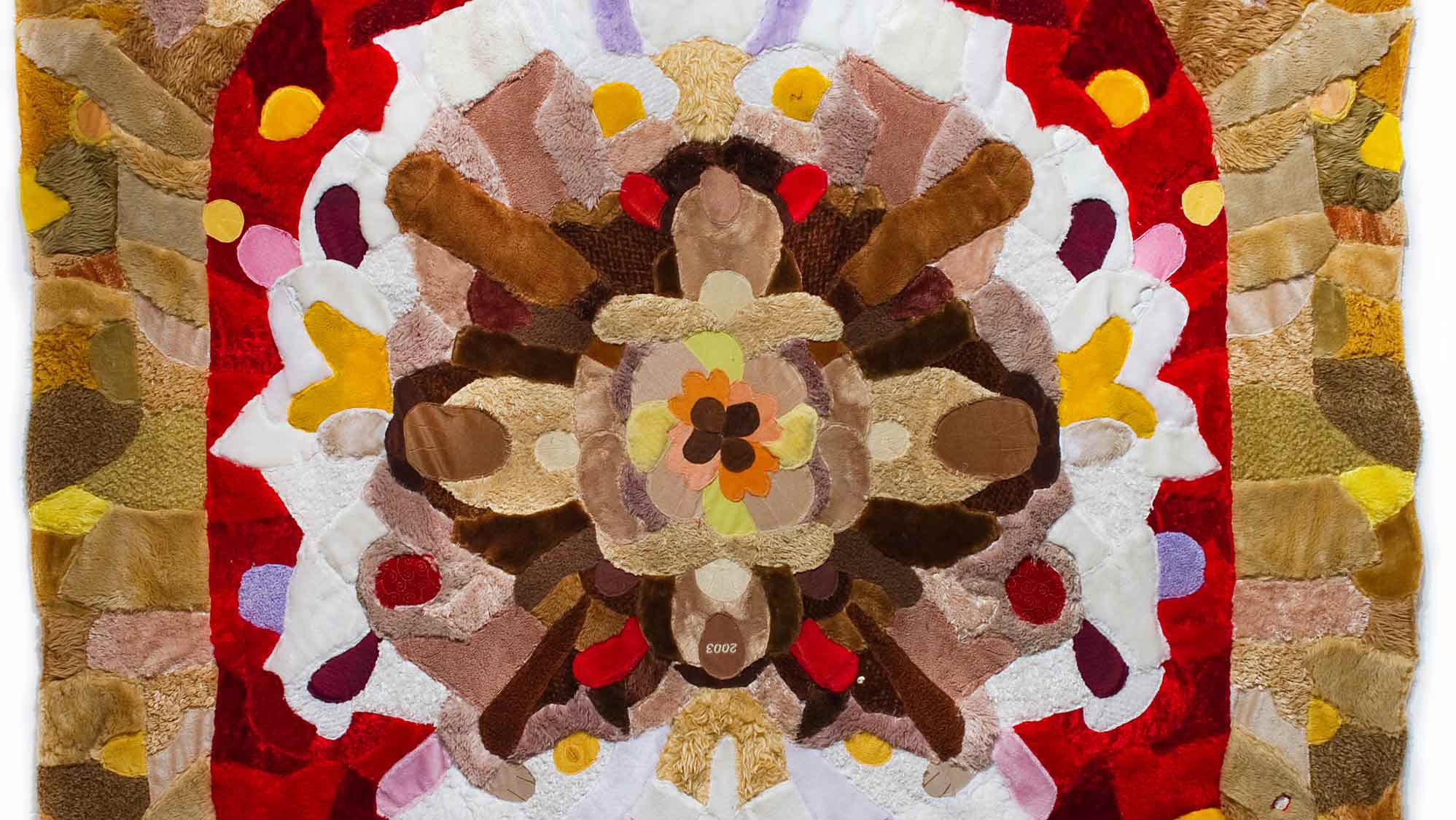 “I found that in every culture, [the teddy bear] is just an icon, an archetype.”

Agustina Woodgate (born 1981, Argentina) is a Miami-based artist making photography, installation, sculpture, video, and performances that often respond to a specific place or situation. She is interested in the relationships that people have with their surrounding environments and how the accelerating pace of technology affects those relationships.

Woodgate collects large quantities of second-hand, mass-produced stuffed animal toys. With her assistants, she deconstructs and restitches them into colorful patterned rugs using traditional quiltmaking techniques. She references traditional rug making through the symmetrical patterning of these objects.

The rug series takes inspiration from the artist’s own teddy bear, Pepe, who was her only stuffed animal growing up. Pepe has accompanied the artist since childhood, moving with her from country to country and from studio to studio. For Woodgate, stuffed animals represent memories of their owner—even after they are donated or discarded. When she reorganizes them as artmaking materials, she creates new social narratives. What was once personal and private becomes public, communal, and new.

Agustina Woodgate tells us about her teddy bear while creating Royal. Read the transcript. 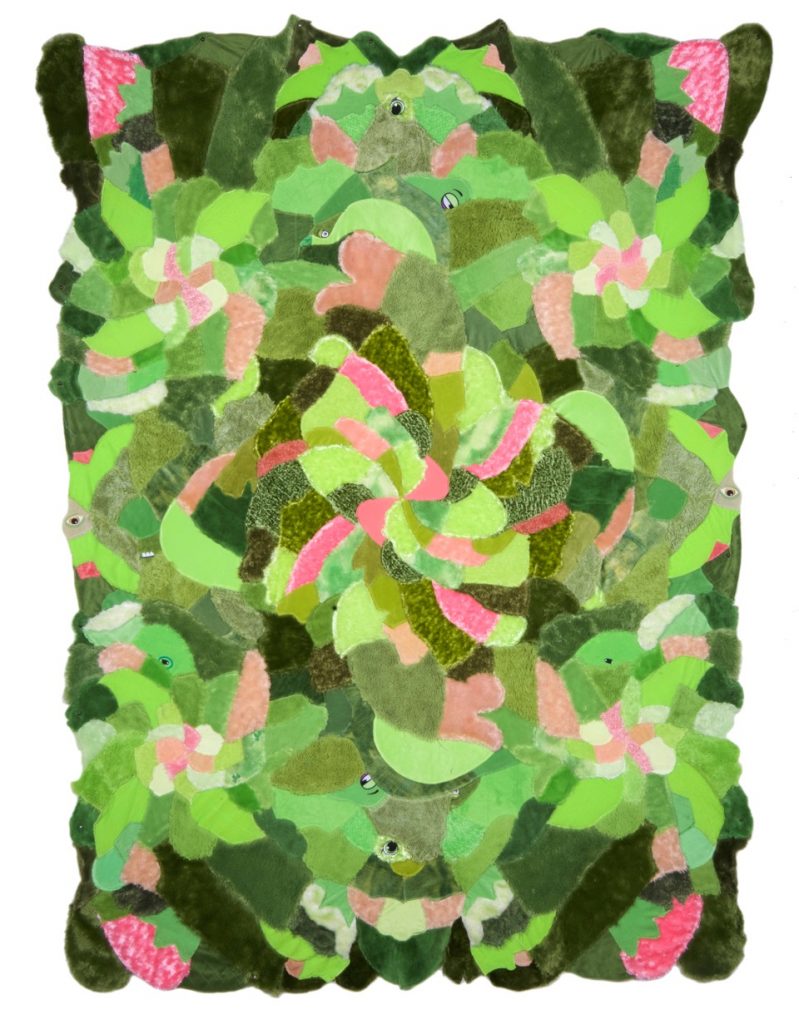 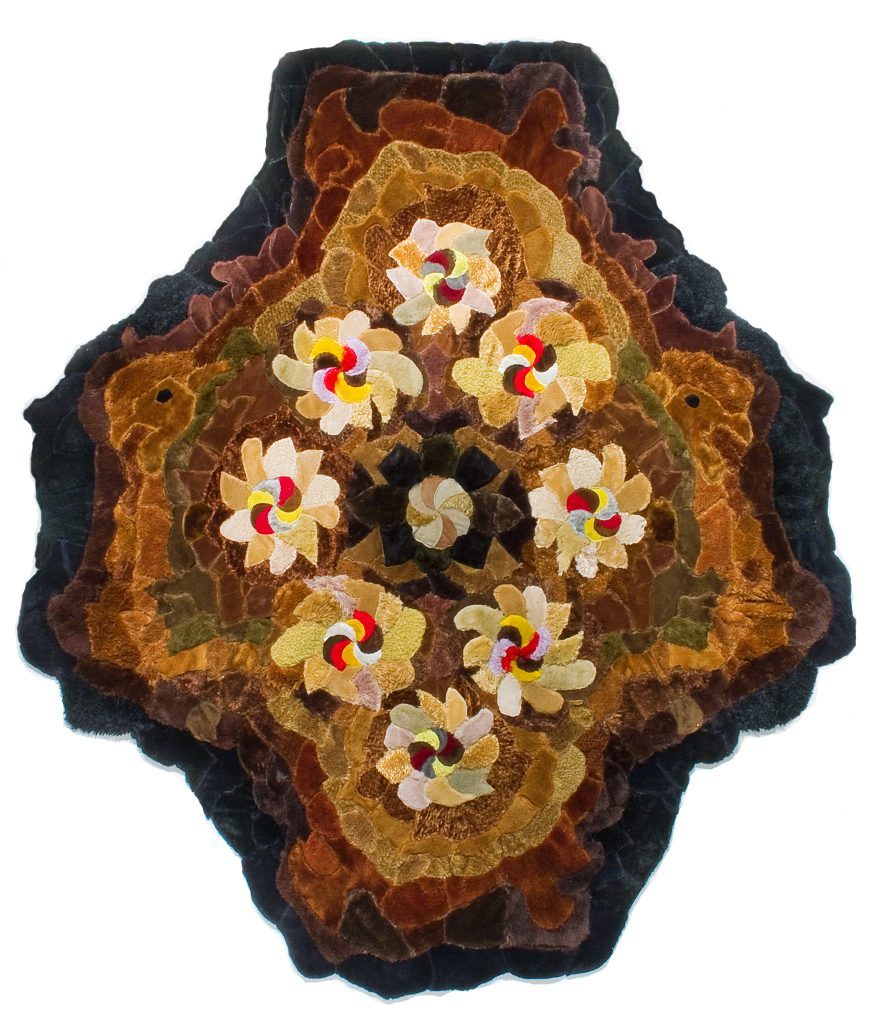 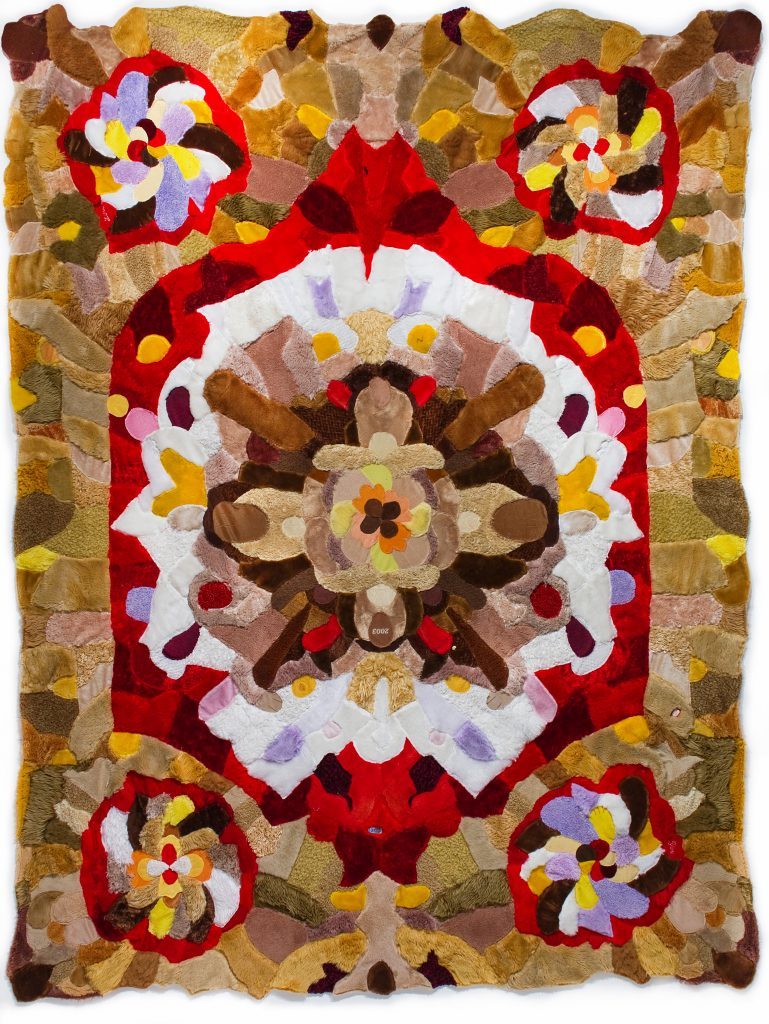 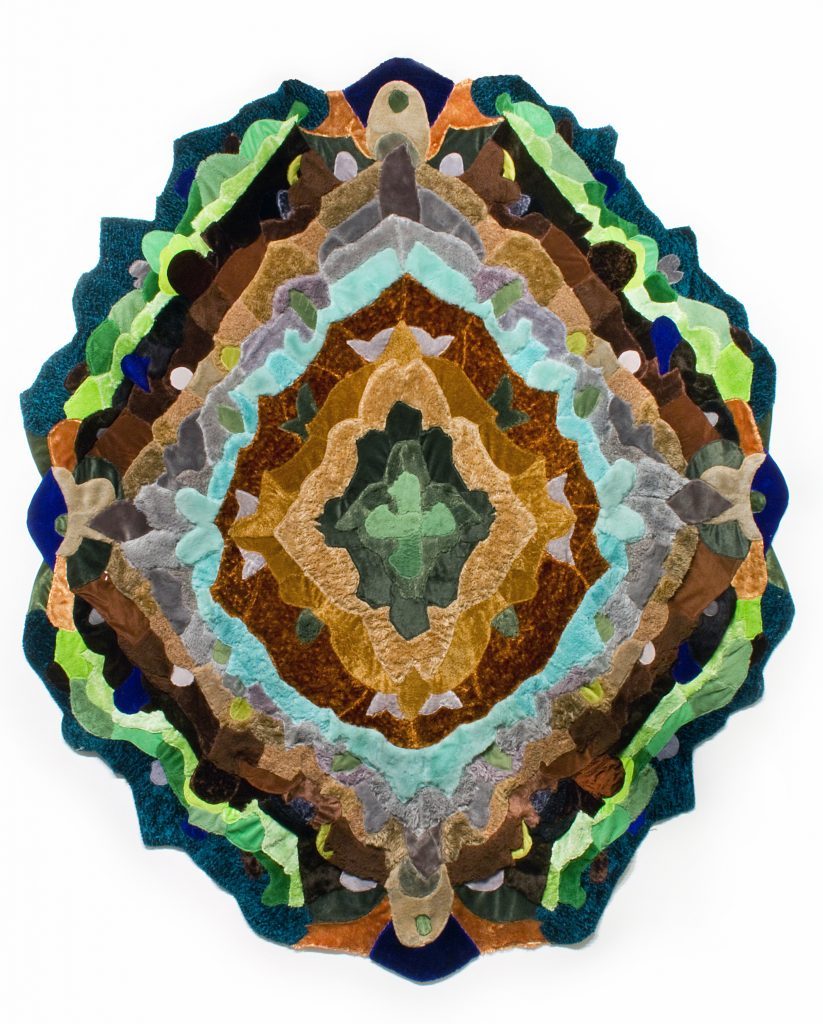 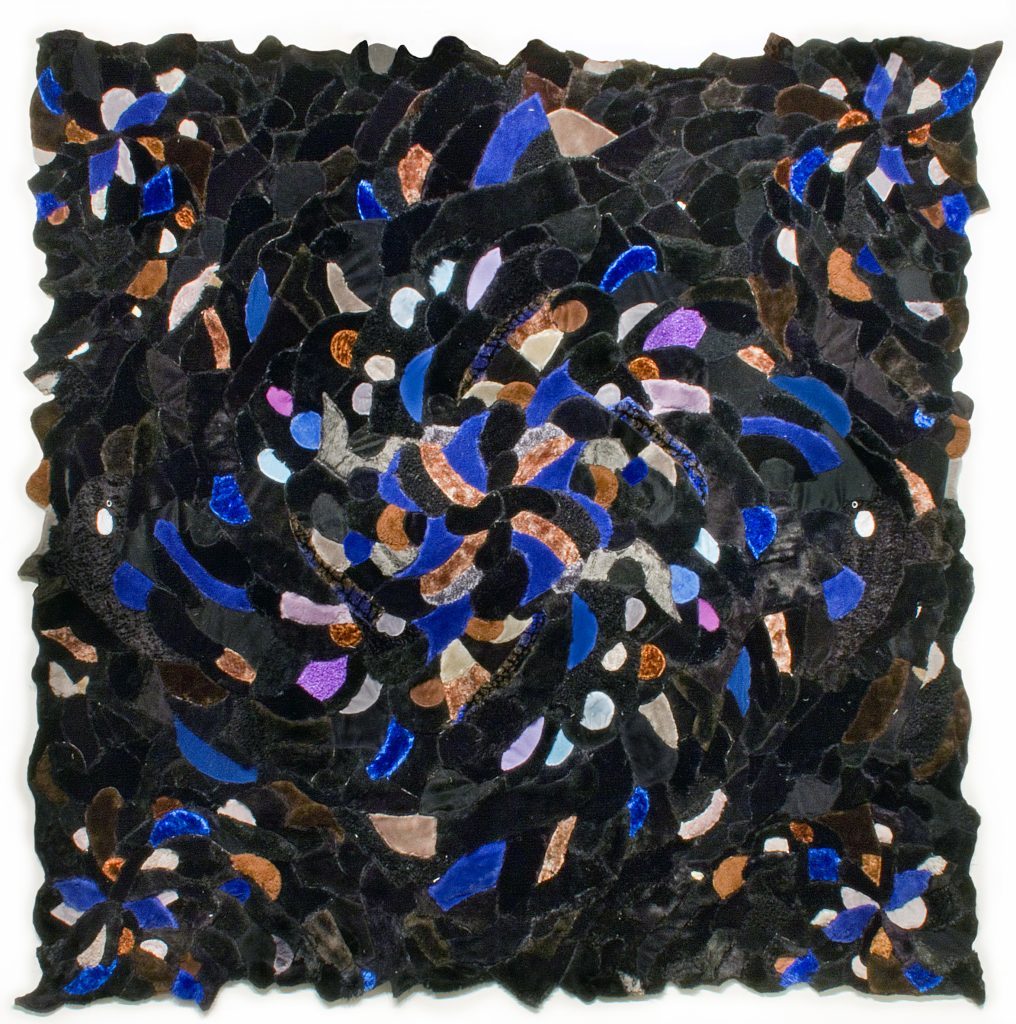