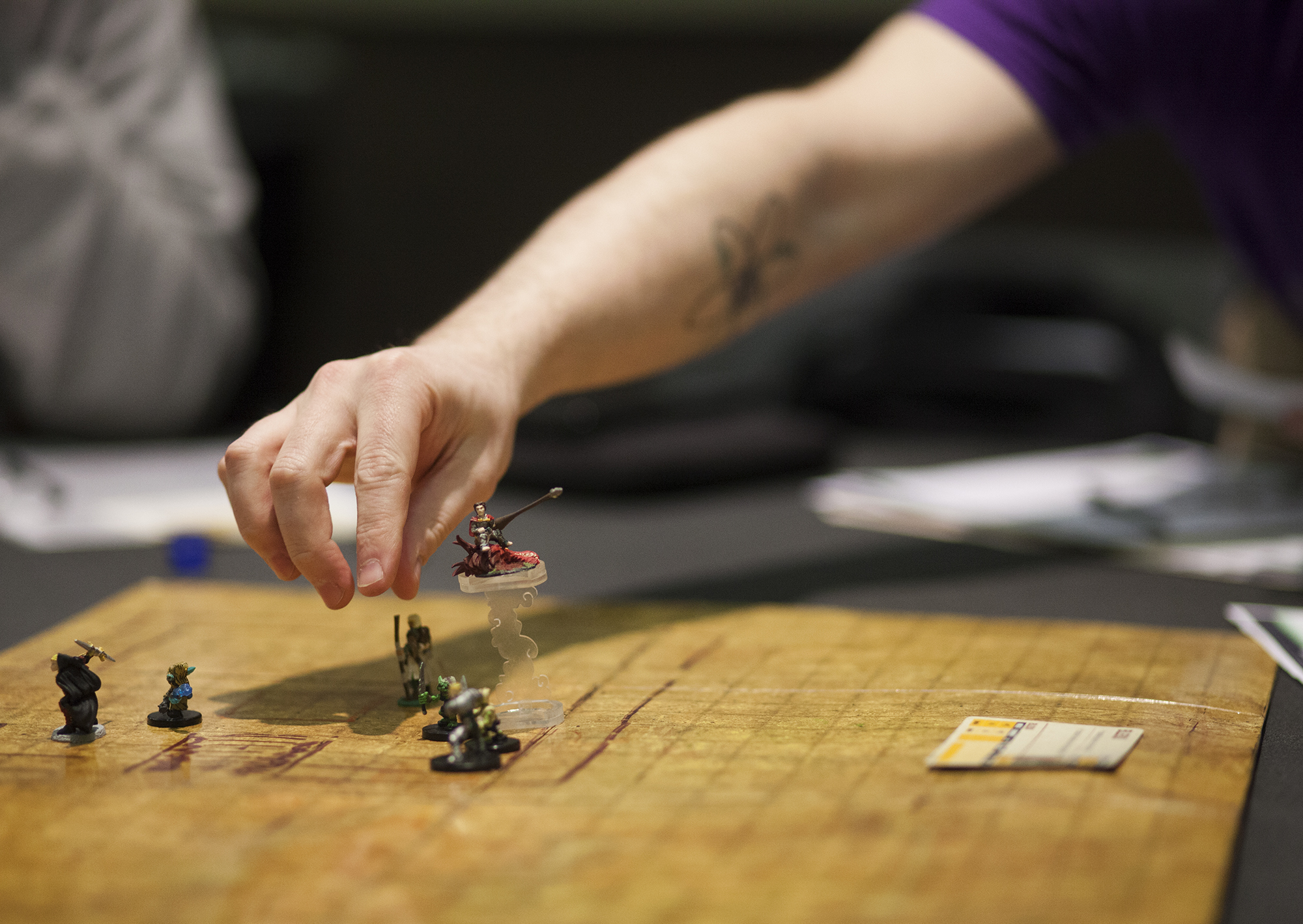 Other games use rules to explore other issues. The Quiet Year is a game about communities. Together, we play as the people of a small village, rather than individual characters. We work together to define that community—the landscape, people, politics and resources—and then we guide it through one year.

We start in the gentle days of spring. We take it in turns, each of them representing one week. When it is our turn we draw a card that gives us a prompt to answer.“How does a girl cause trouble?” “There’s a bad omen, what does it mean?” “Is there anyone else on the map?” Once asked, the player takes an action that further explores and changes the community. Seasons pass and as we approach autumn and winter things get harder. Divides grow wider, projects are sabotaged, the land becomes tough.

Our terse communication leaves gaps; spaces to interpret, to misunderstand.

Through all of this there is no freewheeling debate, the rules forbid that. We talk in clipped sentences, and only on our turn. Words are the most important thing, and the rules reflect that. Our terse communication leaves gaps; spaces to interpret, to misunderstand. If we want to break the silence, to actually communicate about an issue, we have only one respite. We can use our action to hold a discussion. Each of us offering a single line about a topic, reflecting a view from the community.

When the discussion ends, play passes to the next player, the next week. If we spend our time discussing a problem, we don’t get to act on it. Someone else has to do that, or we have to wait until our next turn, and by then other issues, other priorities will have inevitably emerged.

While we play we reveal the imperfections of our own communities. We are reminded of the inequality of our voices and opinions, and that even when we get a platform for our opinion, nuance is often lost. What gets conveyed depends on the audience’s willingness to hear. We get drowned out by people who think they know better, ignored because of who we are, overruled by those with an agenda.

When this happens in the game, when something happens that we don’t like or agree with, we have one recourse. We can take a contempt token, a symbol of our disapproval. We hold on to these tokens for as long as we like, we can give them up if we take a selfish action or someone makes amends. Largely though, they are an untethered mechanic: symbolic and cathartic.

We are offered a glimpse into what it’s like to experience something that disables us.

14 Days is a two-player game about living with chronic migraines. We each create a character and tell the story of two weeks of their life. We map out a calendar with the things they need to do, what they’d like to achieve. As you play you juggle these with the reality of unpredictable pain. We play out these difficulties, explore what they mean for someone’s life. We are offered a glimpse into what it’s like to experience something that disables us, that makes it harder for us to achieve what we’d like. While ostensibly about migraines, part of the game’s effectiveness is that it gives space for players to consider the thing blocking them from achieving everything they’d like. The calendar is central to the game, on it is mapped everything from work we need to do to friendships we need to maintain. Removing our ability to achieve everything forces us to consider what is important. We are able consider the characters’ relationship with the pieces of their life, and in in doing so reflect on our own.

It’s rare that a set of rules can make us feel a thing outside of play. They’re not meant to. Rulebooks are like recipes, simple directions to play a game. The feelings and emotions usually well up once gameplay begins. Dog Eat Dog’s rules are barbed. It’s a game about colonialism and its human consequences. We play as natives on an island being invaded by an advanced nation. We create both of these forces, the occupation and the natives together. We define traits of both—maybe the islanders sing songs together each morning, perhaps the occupation refuse to speak in any language that isn’t their own. Then we assume our roles. The richest play as the occupation, the rest are the natives. It is up to us to define what “the richest” means. Through the game we explore what it is like to live through colonization. Playing as natives we know that our fate is settled in one of two ways: we can either assimilate and accept the new ways or we can sacrifice our lives to resist. It is possible for the colonists to be defeated, but it is rare (usually the best we can hope for is to influence the occupiers’ values). The mechanics are weighted against the natives. The game is unfair. The occupiers can force their way into scenes, they can ignore the rolls of dice to force the outcomes they want.

The barbs in Dog Eat Dog’s rules serve a purpose. Most players will have had no experience of colonialism, will not have faced that kind of prejudice. The rule makers know we might be uncomfortable, that as the occupier we might hold back. By forcing us to discuss wealth, by unequally slanting the resolution mechanics, the game knocks us off balance. We are forced to let our guard down, to tell the right story.

We have a ritual. Once a week, or a month, or whenever we can find time, we gather around a table and tell stories. We create a world and act characters within it. We share in each others’ creativity, our friends’ inputs blending with our own. Sometimes when we play we tell difficult stories, critique the world around us, use the game as a safe space to transgress.

There is magic in these stories, but we should be aware of their limits. It’s tempting to imbue games with power they don’t have, to oversell the power of empathy. We can learn compassion, but we shouldn’t mistake the glimpse of understanding we gain from playing a game for understanding someone’s life.

Games tell stories through the void, their structures create space where stories can grow. When that void is filled, it is filled by us. It is directed, but ultimately most of what we learn about is ourselves. They give us space to understand our own values and assumptions, and, where necessary, challenge them. ♦

Adam Dixon designs and writes about games. His work explores communities, politics, civic tech, and entrepreneurship. Dixon has run workshops about games and game design at the Victoria and Albert Museum, the Wellcome Collection, and NowPlayThis. 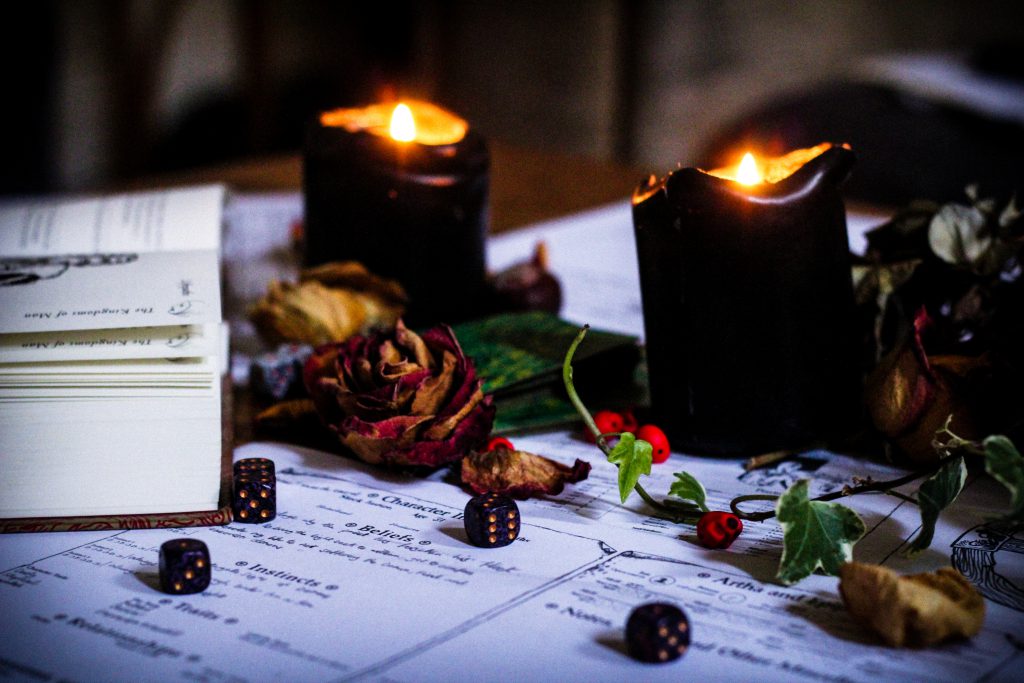 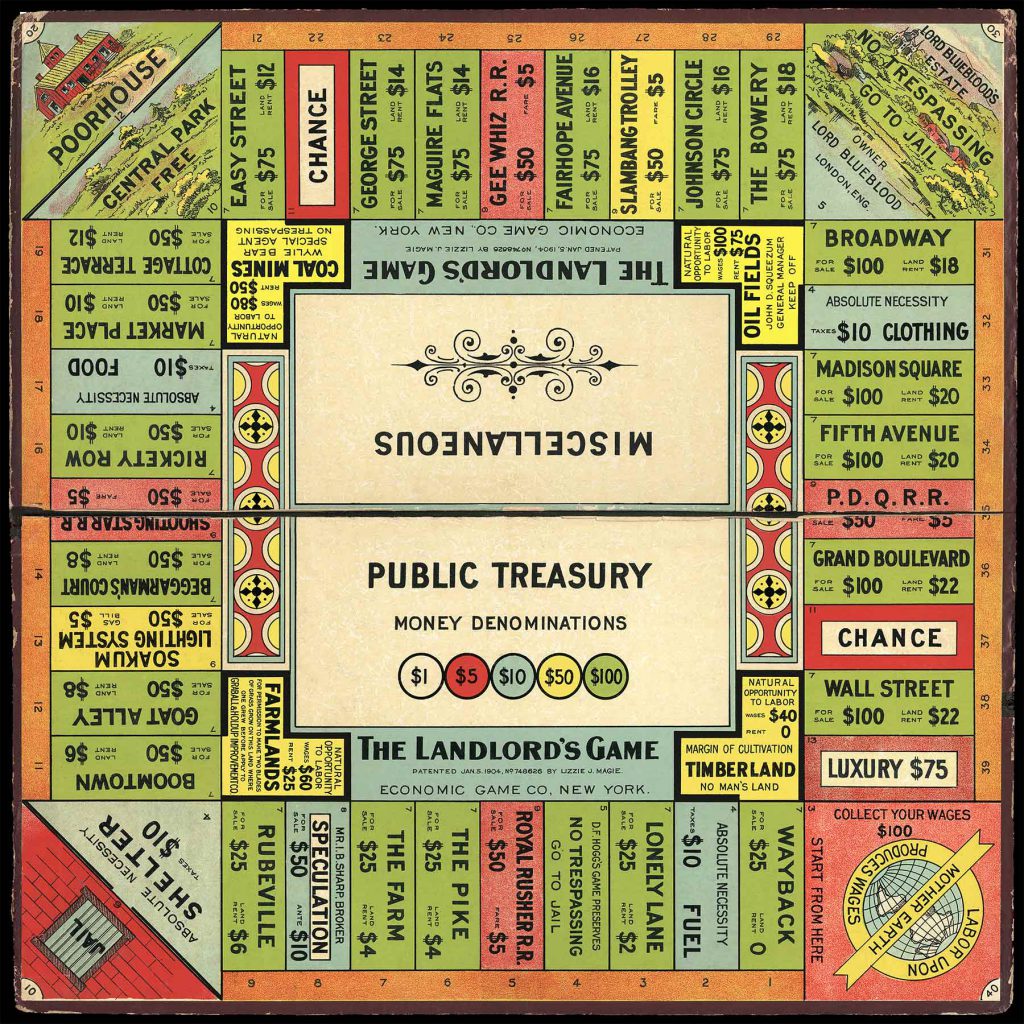 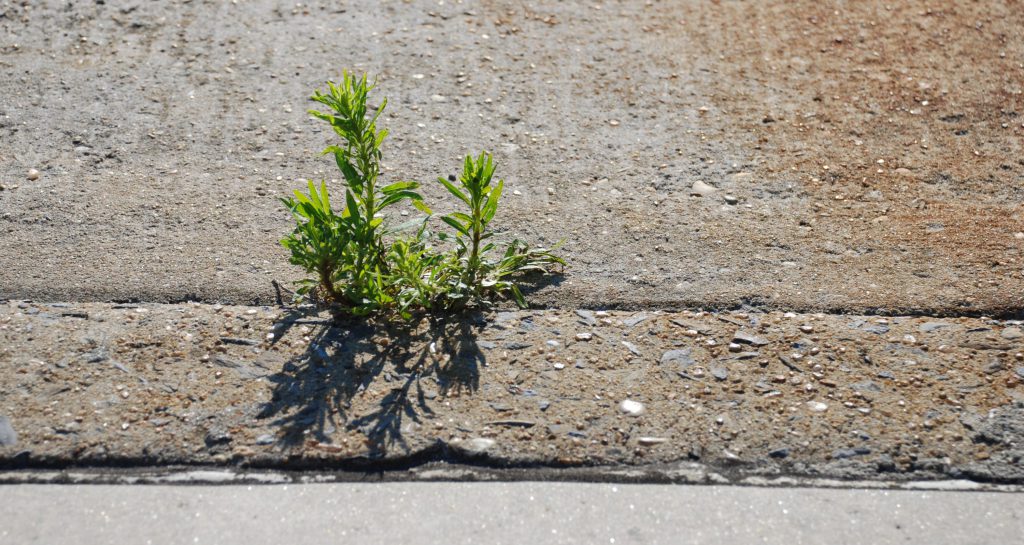 Light on Stone: A Role-Playing Game

The fictional world and real world come together when you play along with this pervasive game.