This is the third installment in a six-part series featuring four artists playing Inter/de-pend-ence: The Game, a dialogue-based game exploring cooperation, competition, and other themes of mutual support.

Catch up with the introduction and meet the players, or find Round 2 here.

Play Round 3: Receiving Support by downloading a PDF, or drawing cards online.

Ronny draws the Question Card: “What is your most significant recent form of (artistic) support?”

My most recent form of support is from people who have been trying to stand up for me and represent me, in order for me to get back into teaching. That has been really supportive, in small efforts of doing portfolio reviews for somebody, or substituting for a class. That’s been really supportive in helping me feel like there is a community, support structure, or support system.

With regards to the arts more specifically, I was given A Blade of Grass Fellowship to do a project here in the Bronx. They provide support in a way that I haven’t felt before. As soon as the fellowship was announced, they contacted me asking me if there was anything else that I need. They’re reaching out to people to let them know about the project and connecting me to people that might help with the production of a store sign. At the same time, they’re being hands off on the day-to-day activities. So it felt supportive that they have a strong sense of confidence in the project and in me, and, at the same time, they provide structural support. Institutionally, that was the best form of support that I’ve felt in a long time.

It’s cool because my example relates to both of the things he was talking about. I did a project called Belonging in Albuquerque, New Mexico, this past summer. It was a participatory project where I invited people to tell me about places where they felt belonging. But I am not from Albuquerque, so a really big challenge for me was outreach and finding constituents or participants who wanted to work with me.

Ronny, who had done a project in Albuquerque, connected me with an organization called Working Classroom. I worked with their interns over two sessions and they submitted their own stories of belonging, and they also went out into their communities and interviewed other people about their places, too.

Like how Ronny had the help of someone for his teaching, sometimes knowing people to help you get in, connecting you, is really helpful. Then the support of working with an institution with a bunch of people is also is really nice. So, thanks Ronny!

OK, what I’ve been hearing are two interconnected responses: people and institutional support. People being part of institutions, connecting, and advocating—I think that’s where “stretch” comes in in my own process.

I’m really reluctant to reach out and ask for help. Where stretching comes in is when things happen when you leave the house, when you talk to people that you might not have talked to for awhile, or you go to an opening and you see somebody and you’re working on something similar, and you connect and share resources… “Oh I didn’t know you were looking for that thing… I know somebody else who might have that to offer.”

Stretching comes in assuming that there is no help, or when there is, asking: “Is there a stipend? Is there an honorarium? What’s your budget?” I don’t think I was really taught to ask about that kind of thing initially. I’ve had to learn, or get over my shyness to talk to people that I might be interested in working with but I just assumed they wouldn’t be interested. That’s how I think stretching relates.

Ronny talked about support in the general sense, and then he reflected on specifics within art, like having relationships to help him go back into teaching. Which was really cool to know that he has a widespread network willing to support him—whether it’s small teaching gigs, or substitute teaching—there are now avenues for him to go back into that practice. Then he talked about opportunities at a bigger level, at an institutional level, that let him have freedom in doing things, but was also recognizing that he needed some structural support to work on the project.

Then Christine talked about Belonging, finding people in Albuquerque, and not being from there. Ronny put her in touch with Working Classroom, which ended up becoming a significant part of the project that was able to help her locate community that the project could maybe be situated within, or that could maybe be situated in the project. So it’s a running pattern: individuals and relationships being previously established, to help projects go on, but then also institutional support, so there’s connections and advocacy.

Then we talk about “stretch” as the tactic. One new thing brought up—that I think was touched on a little bit by Ronny on how making something more positive in collaboration isn’t necessarily key—is insecurity. When we get into situations where we have to socialize, and we maybe haven’t been taught the types of methods to do so, ‘stretch’ is a way to overcome fears, or maybe just being okay with asking about space or a stipend, about travel expenses. Those stretches could fuel a more productive process and a more cohesive collaboration.

Inter/De-pen-dence game play, Round Four: Supporting Others, will post next week—come back and play along!

Christine Wong Yap his a New York–based artist. Her work has been exhibited in the San Francisco Bay area, as well as in New York, Los Angeles, Manila, Manchester, and more. Her work has been supported by the Queens Council on the Arts, the Jerome Foundation, and the Center for Cultural Innovation.

Sarrita Hunn is an interdisciplinary artist whose often collaborative practice focuses on the culturally, socially, and politically transformative potential of artist-centered activity. She is co-founder/editor of Temporary Art Review and the art editor for Exberliner, an English language print magazine in Berlin, Germany. 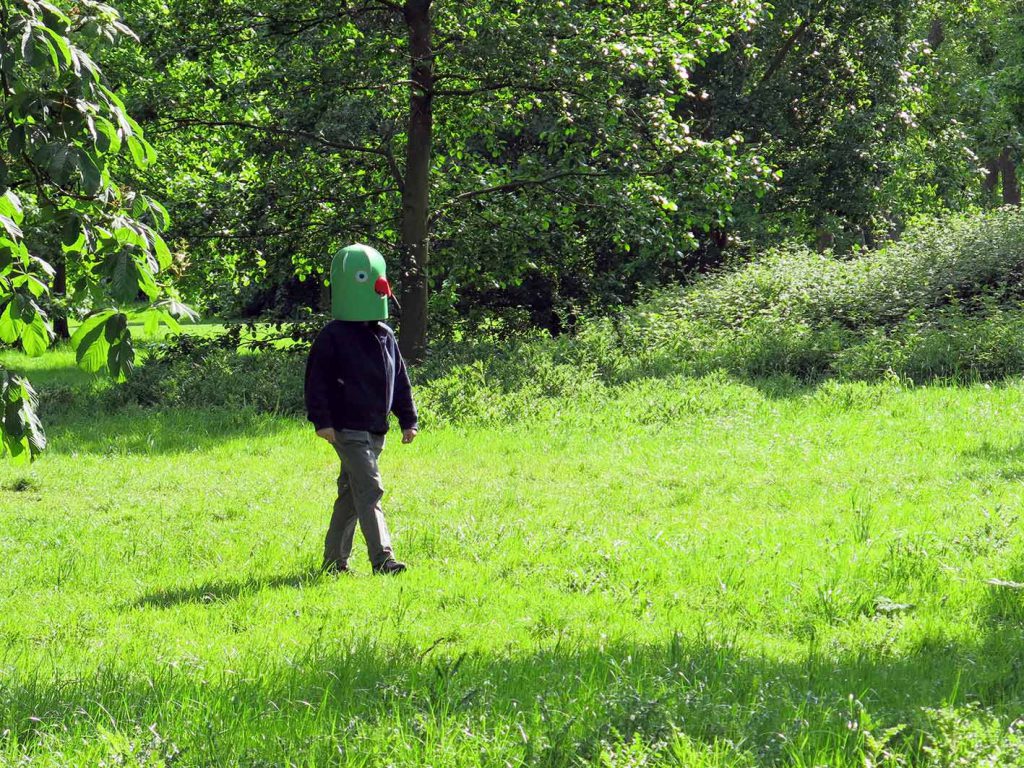 Play as Diplomacy: An Essay

Designer Kaylene Kau believes it’s time that we begin to repair and foster relationships on a species to species level—through play.

A Short Trip: A Game