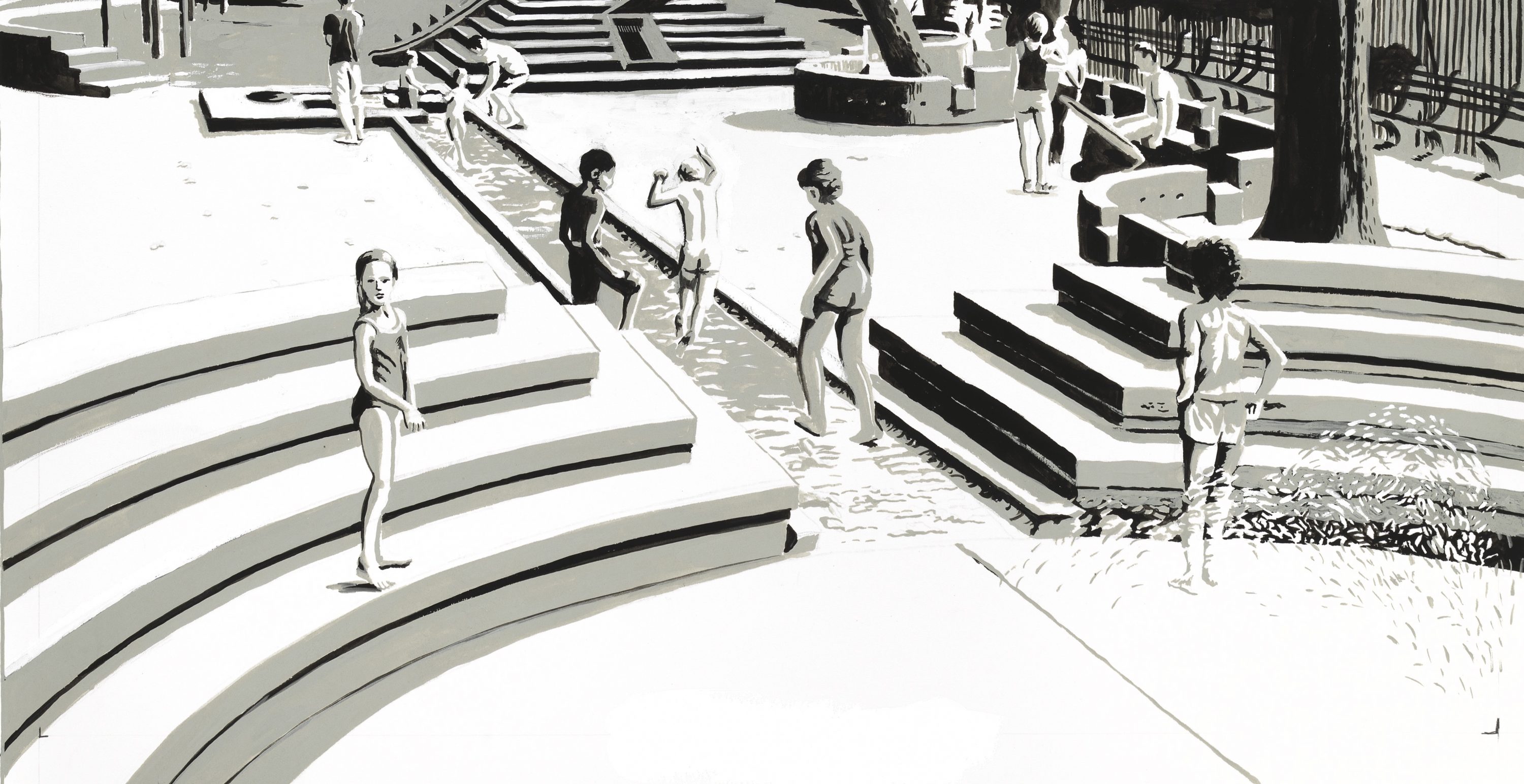 A visit to her childhood home unfurls a memory and prompts artist Julia Jacquette’s visual history of the adventure playground. This is the first installment of a three-part series.

About fifteen years ago, while visiting my parents—who still live in the apartment I grew up in—I walked past the courtyard of their building. Looking in, I was suddenly struck by a sense of regret that I hadn’t in some way visually recorded the now-demolished playground—a mini-gem of 1960s Brutalism—that had once stood there.

That sense of regret for not having documented the playground led to an urge to somehow recreate it. In turn, it also prompted me to ask my father—an architect himself—about who had designed it (M. Paul Friedberg, it turned out). Research ensued, but turned up very few photographs of the playground, forcing me to make drawings from memory. This process later proved to be inexorably tied to what became the core narrative of Playgrounds of My Mind: how compelling architecture can prompt creative thinking in the minds of those who inhabit it.

My initial approach to making art about the Friedberg playground was to attempt to recreate it in three dimensions—in miniature—but I quickly shifted to a two dimensional approach, which took the form of a graphic memoir. I felt as if I could say more with a visual language.

As I began to work, the narrative immediately expanded. I not only included other “adventure” playgrounds built around the same time (the most obvious choice being the playground my father himself had designed with Jim Ryan and Ken Ross in Central Park), but also the playgrounds of Aldo van Eyck (in Amsterdam, where I live part of the year), which shared a strong affinity with the design and play philosophy of the playgrounds I’d grown up with in New York City. The more I learned, the more fascinating it became to me.

The story that emerged was one of how these New York City playgrounds influenced my own aesthetics and ideas about making art and design. A story about how any work of art and design can offer its viewers a structure they can use to create their own artwork. 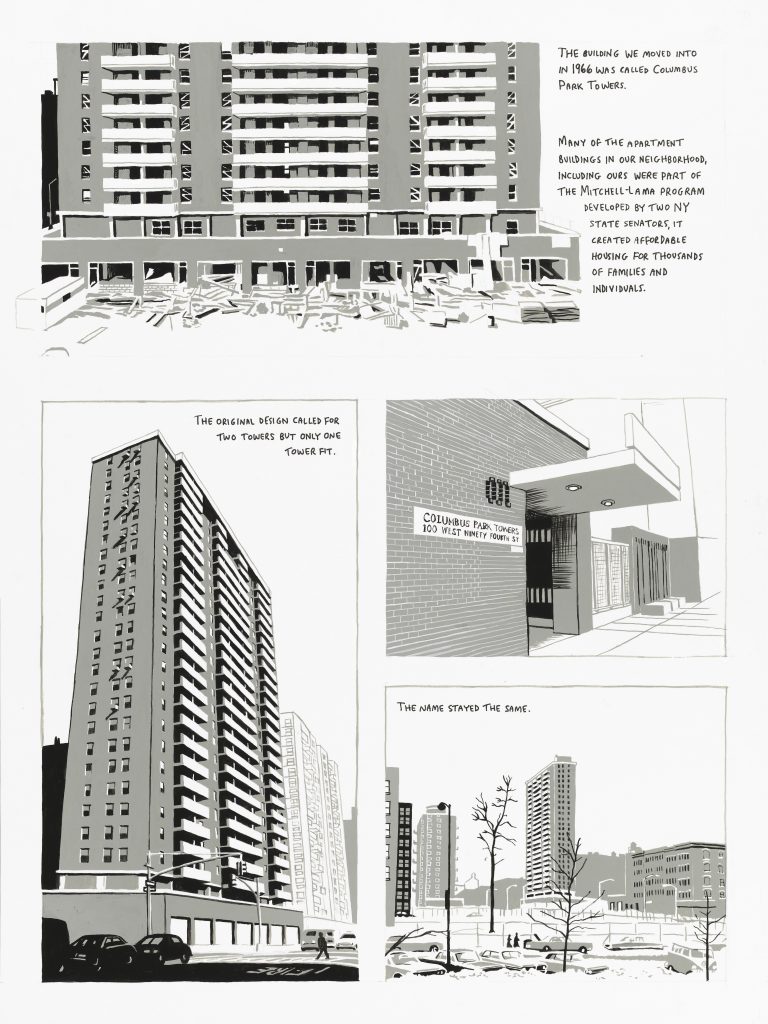 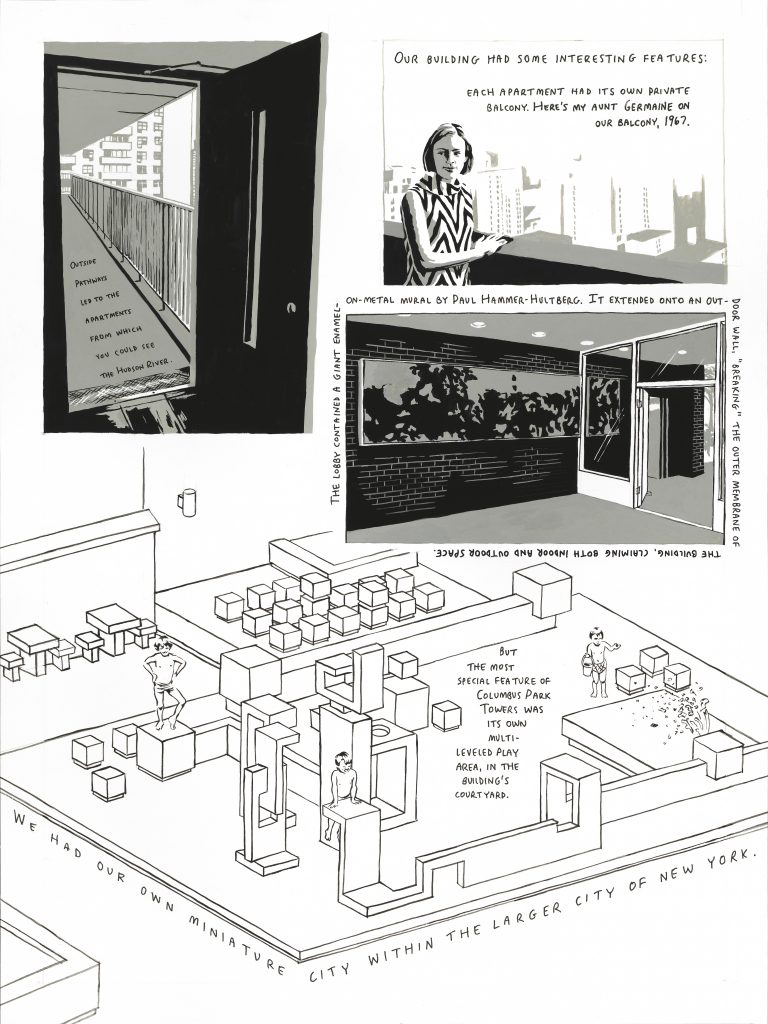 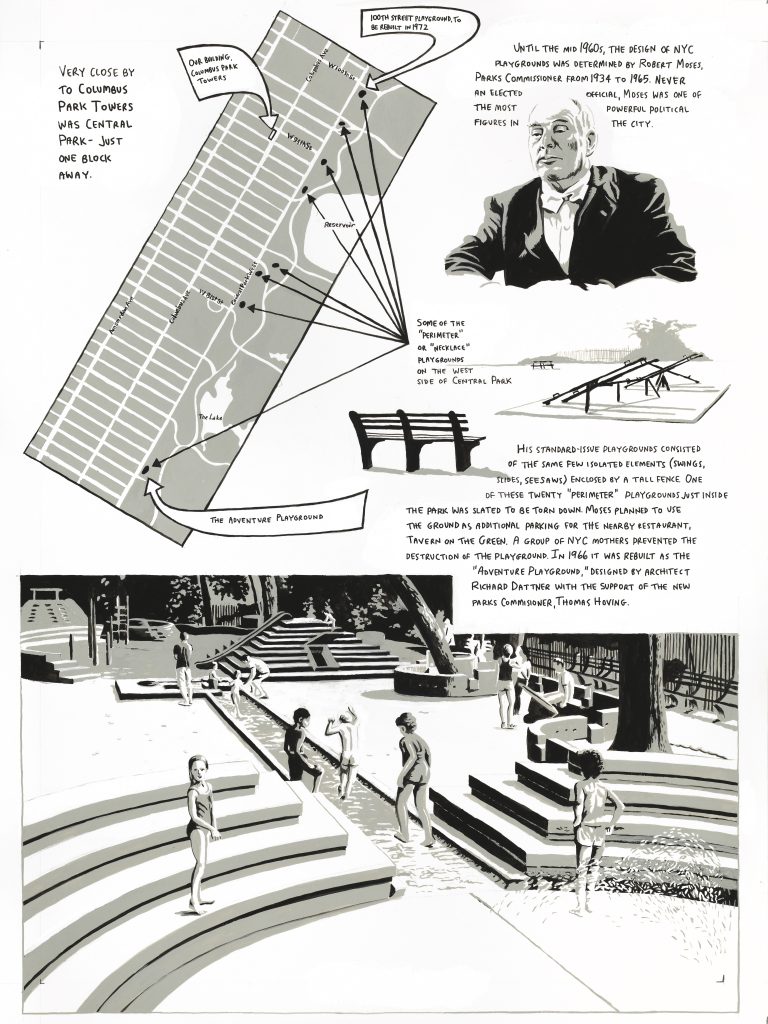 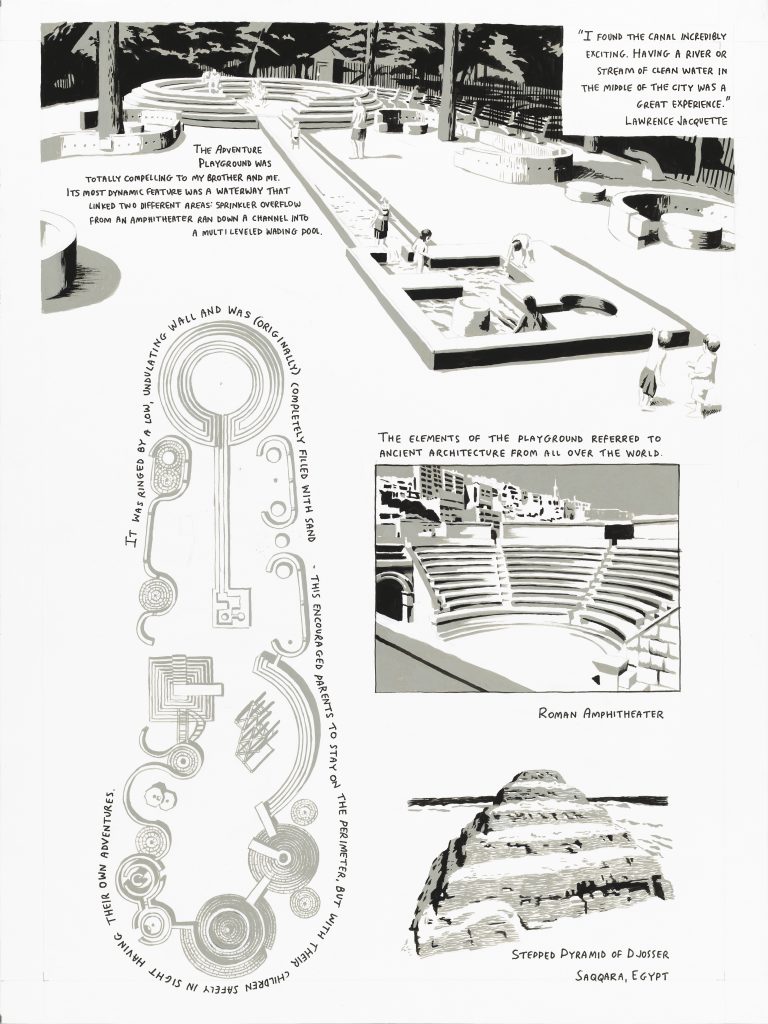 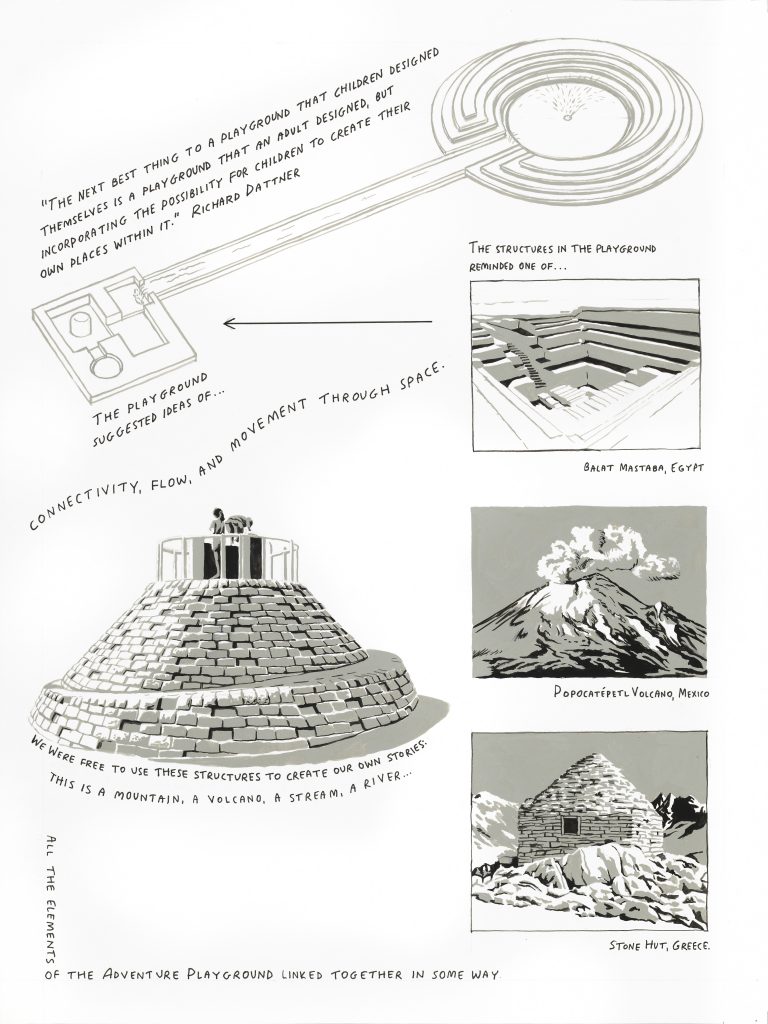 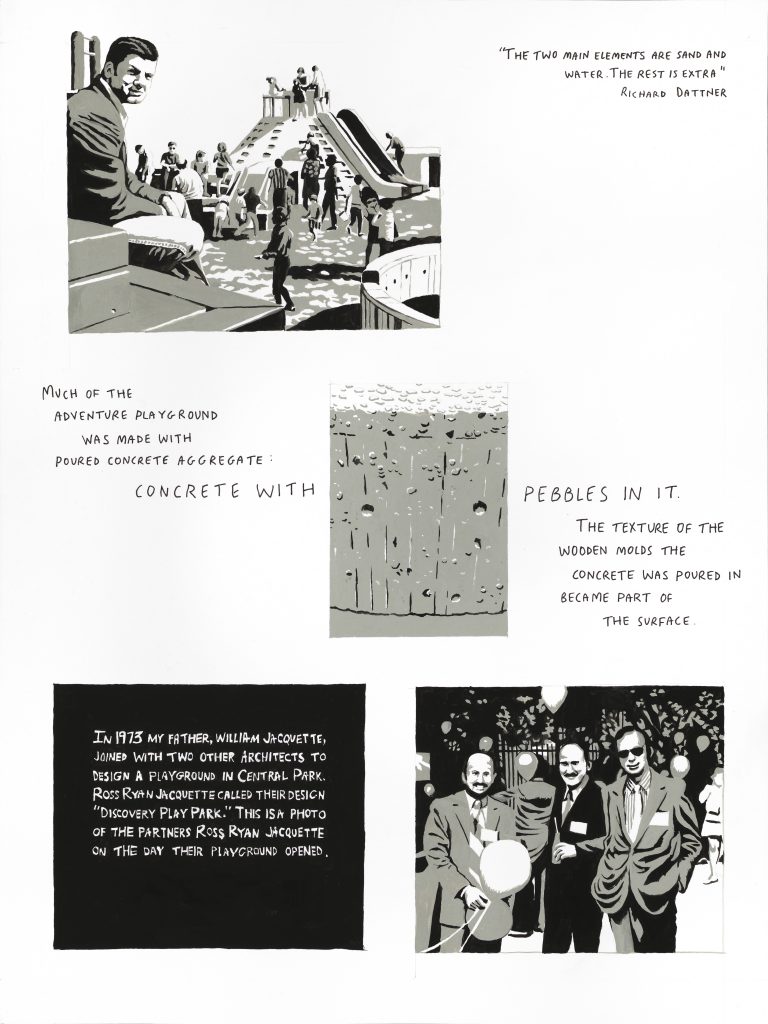 Look for the second part of Julia Jacquette’s “Playground of my Mind” next week.

Julia Jacquette is an American artist based in New York City and Amsterdam. Her work has been shown extensively, including at MoMA, The MFA Boston, and the RISD Museum. Her work was the subject of a retrospective at the Tang Museum in Saratoga Springs, New York. She is currently on the faculty at the Fashion Institute of Technology. 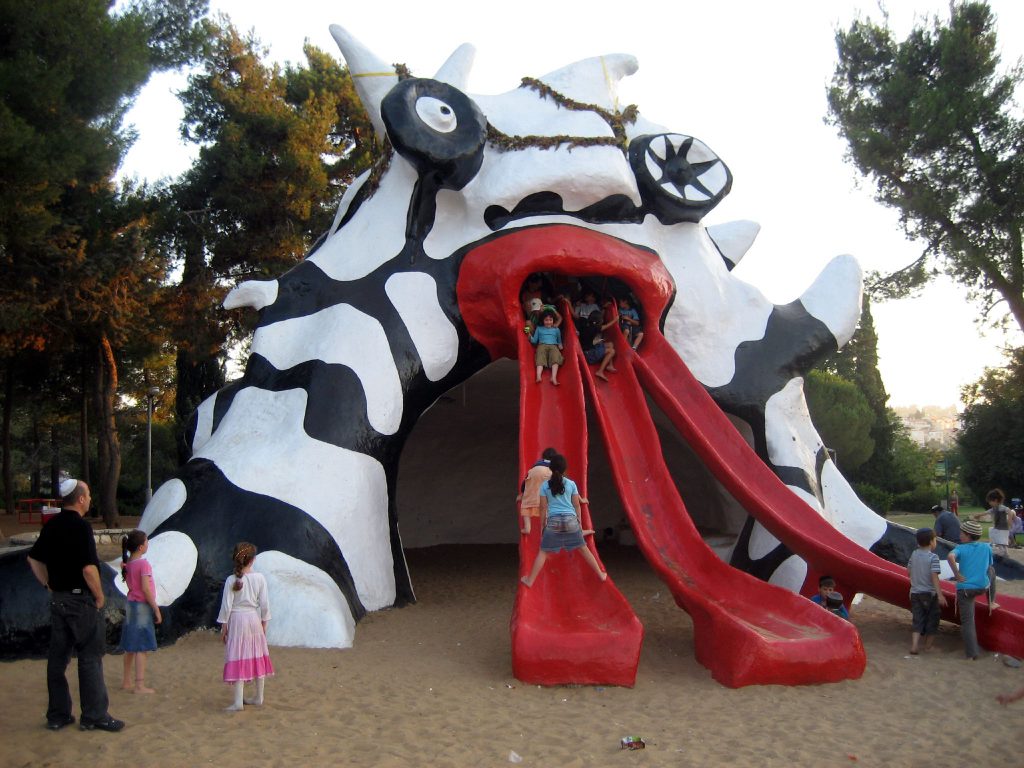 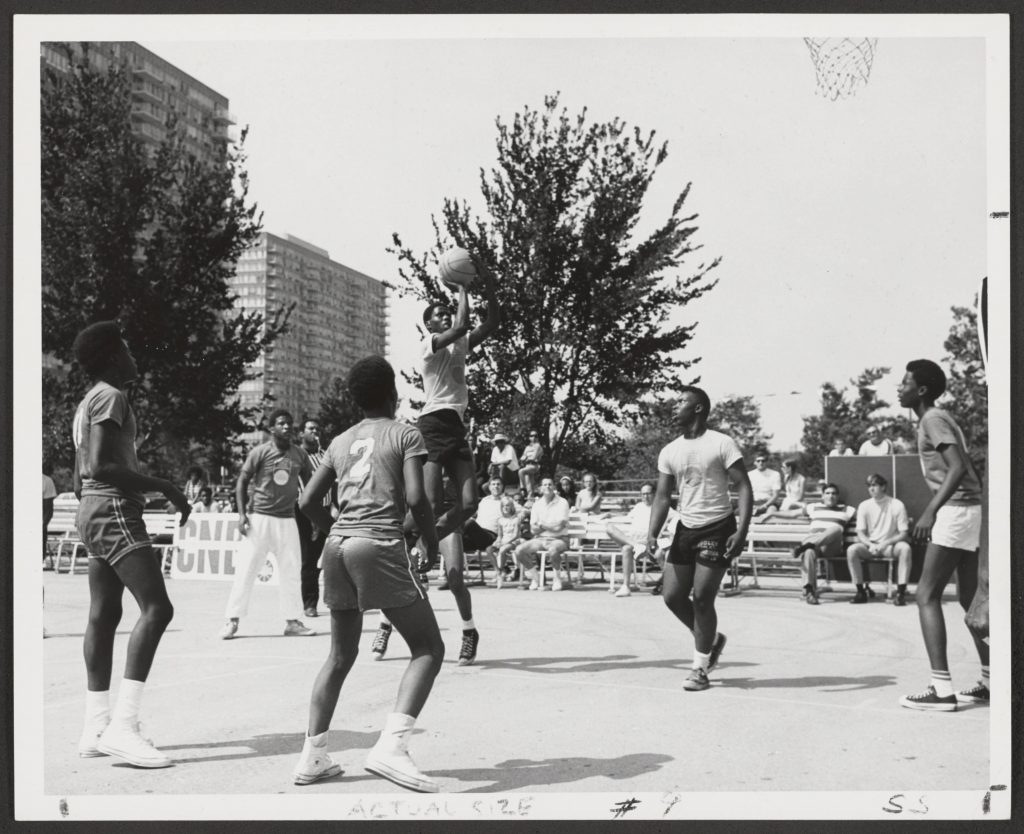